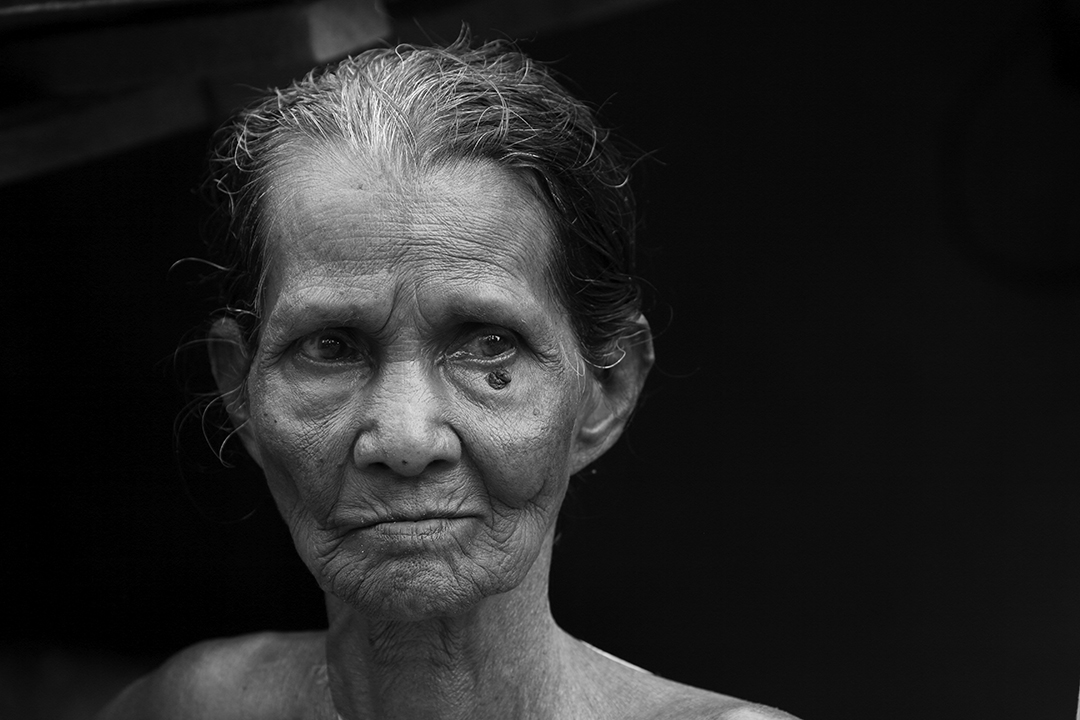 They came from Goa. They lived a life of toil and misery. Yet, they resisted the dissolution of traditions. While the new generation is slipping away from the ageing customs, the older kin are close to it, firmly so, not knowing how long they could do so. The story of the Kudumbi people of Chettichal is one of endurance, and, at the same time, of decadence.

Chettichal is a small countryside tucked away amidst patches of paddy fields and vast expanses of coconut groves. What seems to be a seat of serenity,  was once pervaded by poverty and scarcity. Kudumbis descended upon this peasant village probably in the seventeenth century. They migrated from the western sea coast which had one of the largest settlements of Kudumbis in Kerala.  They had originally come there from Goa and Karnataka during the invasion of the Indian peninsula by the Portuguese.

The Kudumbis of Chettichal spoke a variant of Konkani. Over time, all of them learned the local language Malayalam and they spoke it with a special dialect of their own. They had preserved their traditional costumes, rituals and customs until the turn of 20th century. The men, who are also called the Mooppans, wore mundu and melmundu while the ladies, called Mooppathies, wore sarees in a special way that was very different from the local manner adopted by other Hindu ladies. The new generation has given up the traditional attire and accepted the modern style and there are, to our surprise, only four living Mooppathis in Chettichal, who are in their seventies and eighties, wearing the traditional costumes – the last of the original breed. While inter-caste marriage has diluted the genes, their traditions have been dissipated by the resultant cultural osmosis.

The majority of the men folk worked as peasants, as fishermen, and as manual labourers in households of the well off. Fishing for them was very enjoyable and many found a living by fishing from the Chettichal rivulet that snaked through the paddy fields down the land. Once, it was common to see a young Kudumbi man in his twenties or thirties, clad in a colourful mundu and headscarf, with a fishing net on his shoulder, treading the ridges of the rivulet and paddy fields, seeking a  vantage point to down his net and work for a catch. While men toiled in the paddy fields, coconut groves and the rivulets, women spent most of their time in the household, cooking, planting and making utensils with cane and coconut leaves. They lived in small, single or double room houses, mostly thatched with coconut leaves, or hay, with nothing in the house that could be labelled as a luxury.

Chettichal had two temples dedicated exclusively to the Kudumbi community. The largest, which was built later, has Annapoorneswari Devi as the main deity in addition to the other deities like Rudhiramaala, Hanuman, Moothapiraakkal, Moothavelichappadu, Rakshas, Muthappan and the Neechan. Neechan, supposedly a ‘lower’ God, is always kept outside the main wall of the temple. During the annual festival of the temple, a Komaram performs the Hanuman Thullal, wherein a priest possessed by the deity’s spirit, performs the rituals of the temple, accompanied by folk music and percussions. The other temple, which is older, its age unknown, has no structures that could define a ‘temple’. It has a few stones placed on the ground to mark the position of the deities, and a provisions to light the ceremonial lamp. The deities are Neechan, Arukula, Karimkutty (Thendan) and Vishnumaya. Animal sacrifice which used to be a ritual performed here, has now been restricted to cock sacrifice alone, during the annual festival.

They walk past. They prepare themselves to vanish behind the vast drape of Time. In spite of trying their best to retain their cultural inheritance and the learning handed down to them by their forefathers, they seem to lose it with modernity having ambushed them. They are about to lose the language, costumes, rituals and the traditional wisdom that they have acquired over centuries, to a floppy generation addicted to the quick and the superficial.

Change is unstoppable, as is nostalgia and the tenderness it carries. The last generation of the Mooppathies of Chettichal is slowly fading away. But, maybe, Time as always has an answer hidden behind its frivolous veil.

Documentaries
September 9, 2020 6
Hampi, the fallen seat of Vijayanagara Empire, now lies in the heart of a jungle less travelled. It was one of the largest cities in...