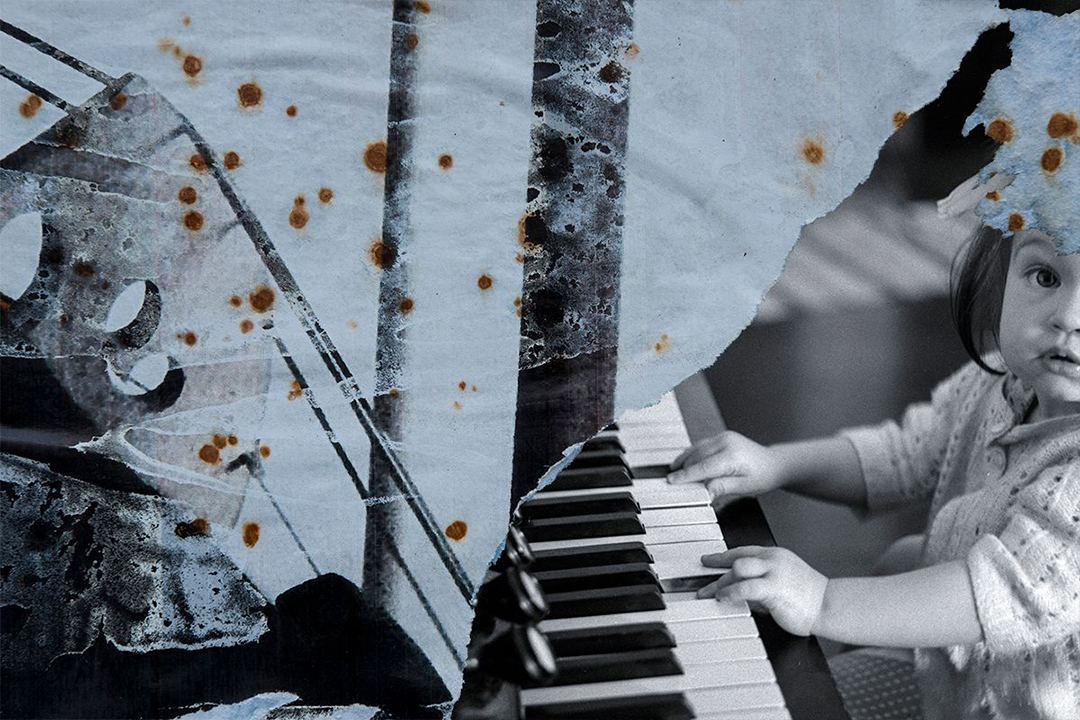 Everything has something beneath. Every layer proclaims its own narrative hiding the one on the other. Margareta Skold chronicles the hidden lives on the torn layers and rebuilds a surreal world of her own. The visuals reveal the forgotten moments of intimacy, friendship, innocence as well as the resilience of the ordinary people who survive extraordinarily experiences.

Ms. Skold holds a Master of Fine Arts in Photography from Florence, Italy. She works both with analog and digital as well as alternative processes. “This series brings together the notions of fragmentation, memories, and change. The majority of the black and white photographs were taken by my father during the late 1940s in Sweden although several date back even further. I have integrated these images into my own own photographs of torn posters by substituting one layer of the torn poster with a fragment of the old photograph. By bringing the past to the present through fragments and layers, the work evokes a sense of memory, one that is not always precise and that does not always have clear boundaries. The effect of time on the posters and the visual dialogue between the past and the present also reflects the notion of connectedness in the impermanence of life.” The quote is from the statement by Margareta Skold on this series.

Curated
September 22, 2020 4
'Building Metaphors' (Series), Zhenya Mironov, b.1988, Russia. Mr.Mironov through his photographic diptychs rebuild a narrative that is otherwise nonexistent. His raw materials - the objects...

Curated, Featured
January 21, 2022 22
Claudio Parentela is an Italian artist who works with photography, painting, illustration, assemblages, and installations. Oscillating between Dadaism and Surrealism, his works contain ideas that...

Curated
September 23, 2020 4
She calls this series of her work /neradiv/the practice or art of telling visual stories. Through this, we get a compelling body of work that...