“Welcome to the Garbage Mountain” by Joseba Zabalza 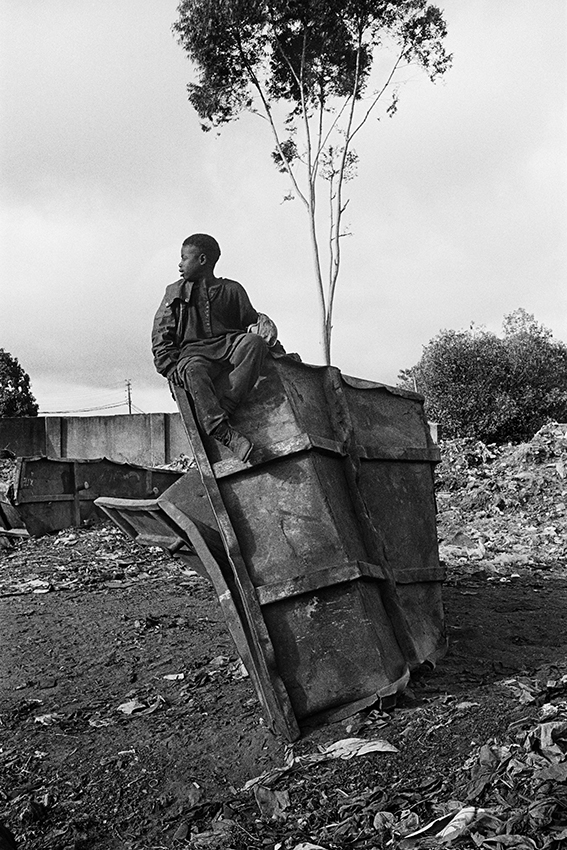 The project is the result of a personal effort entitled “Welcome to the Garbage Mountain”, which I have been doing since 1999 and for which I toured landfills , photographing the various realities around the recycling activities in America, Africa, Asia, Europe and Oceania. The different locations in which the photographs were taken were selected for the unique characteristics that made them different from the rest of the recycling experiences in these areas.

PROJECT HISTORY
The project began in September 1999 with the realization of the report “El Bulevar del Zope” on the central garbage dump of Guatemala City. This sixty-year-old garbage dump is located in the center of the city and its activity is the cause of continuous tensions and confrontations between the authorities and the residents due to continuous issues like fire, plague, high crime rates, odours, etc.

Subsequently, in May 2001, Antananarivo (Madagascar) was the place chosen to carry out the “Manahona-Lalamby” project. The choice of the said landfill was motivated by the existence of a cooperative-society within it that had achieved various social achievements for its inhabitants, including the introduction of rudimentary social security in a country where social security was nonexistent. For the realization of the report, missionary Paul (candidate for Nobel Peace Prize) and Pedro Opeka were assisted.

Between the months of June to October 2002, project or report “Payatas” in Manila (Philippines) and “Wewak” in Papua New Guinea were made. In the case of Payatas, the special characteristics were that the garbage dump formed a large mountain of dangerous garbage in the rainy season (In July 2000 an avalanche of earth and garbage buried more than 500 people) and according to all indices it was one of the largest inhabited garbage dumps in the world. This project was carried out with the help of the Philippine non-governmental organization PGX (People’s Global Exchange). The work done in Papua New Guinea called “Wewak” shows the work that was done in a small garbage dump in the city of the same name.

At the same time, a similar project was undertaken between the months of February and June 2002 and the project “Traperos de Emaús” was made in Pamplona. This group, which does a great job both in the recycling of waste as well as recycling of manpower(since it encourages the induction into the labor market, marginalized or disadvantaged groups like ex-convicts, heroin addicts, mentally ill, immigrants etc.) , was considered a good model to show another face and perhaps the most human of recycling experiences in our “First World”. With that philosophy, I worked with gypsy families in 2010.

This macro-project ended between January and March 2005 with the project “El Tren blanco. Cartoneros de Buenos Aires ”which was held in the autonomous city of Buenos Aires (Argentina). It showed the work of the“ Cirujas ”or cartoneros. “Cirujear” is not a new activity. It is as old as tango but very few paid attention to this. In the recent years it has spread to the main cities as a result of the serious economic and social crisis. The Surgeons, mostly workers (construction, textile, gastronomic workers, etc.) who had lost their jobs in the last five years, recover 10% or 15% of the garbage, which is equivalent to European recycling percentages. In recent years, this activity gave rise to phenomena such as the “White Train” that transports hundreds of them from the neighbourhood of José León Suárez, located on the metropolitan outskirts, to the center of Buenos Aires. This train, which has been put into operation for the exclusive use of the “Surgeons” and has brought them great advantages when working (extended hours, possibility of reaching the big city in a short time, reduction of conflicts with other train users who complained of bad smells, unhealthy conditions, etc.). This is the central theme on which this report is going to be based. In the last five years during my fieldwork spread across the five continents I have taken more than 30,000 photographs.

Self Obituary of a Martyr

Articles
September 9, 2020 4
New highway construction leaves behind a row of buildings which are half demolished, exposing the inner spaces to the commuters. In the process, the buildings,...

Space, and a Candle in a Black Box

Articles
August 19, 2020 3
This deceptively simple principle can be understood from numerous perspectives: physical space, as in a darkened studio; philosophical space, as in metaphysical thought (I know...