In Concert: Photography and the Violin opens on January 22, 2022, at Transformer Station. 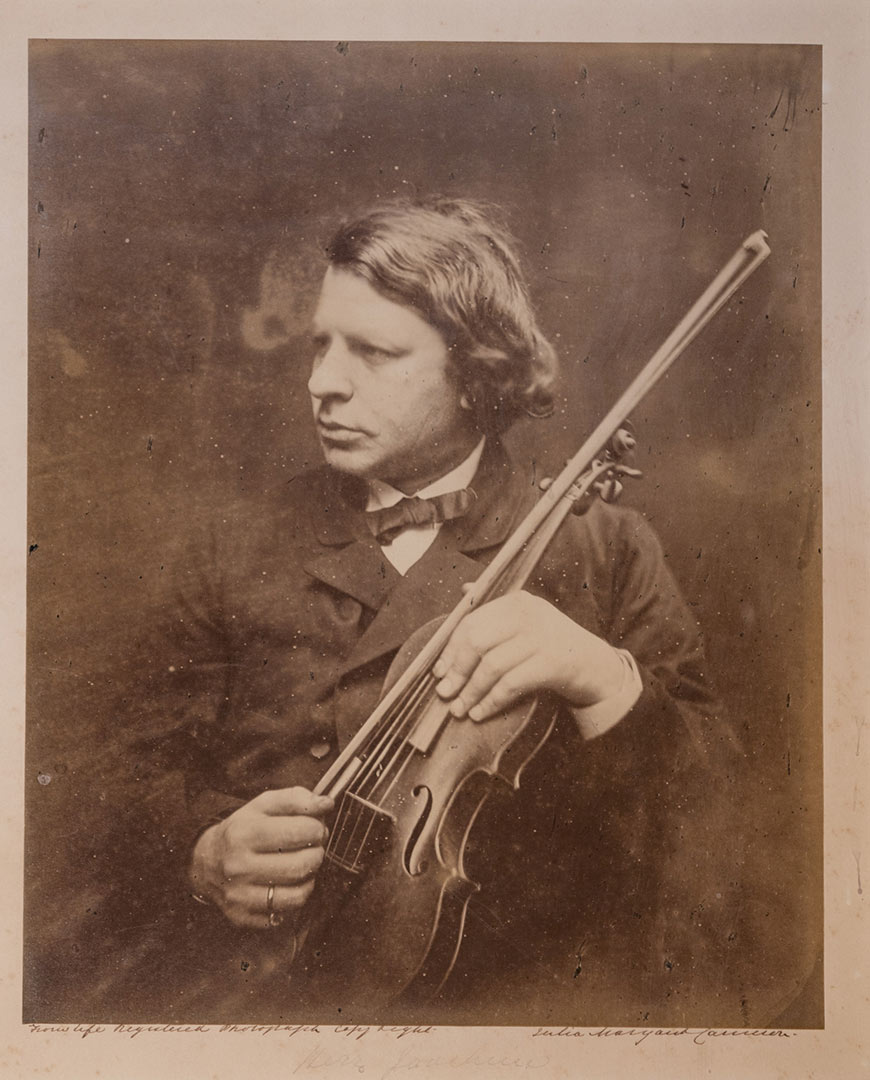 Transformer Station, the preeminent art organization in Cleveland, Ohio, USA, presents the first-ever exhibition of In Concert: Photography and the Violin, which presents the instrument in dramatically different contexts across the history of photography. The 250 works are from the collection of Evan Mirapaul, an Ohio native and former concert violinist. The exhibition is organized by Dan Leers, Curator of Photography at the Carnegie Museum of Art, Pittsburgh.

As the exhibition reveals, almost since the birth of photography in 1839, violins have been used to illustrate talent, status, geography and culture, as well as being presented as beautiful objects unto themselves. From high culture to low culture, from wealth to poverty, from Russia to Mexico, and from Hollywood to Appalachia, this exhibition spans a period of more than 175 years and features hundreds of photographs in every imaginable size, style, and format.

In Concert: Photography and the Violin starts with photographs from the late 1840s and includes many examples of more commonplace vernacular works from the 19th Century including daguerrotypes, tintypes, and cabinet cards. Commercial works from the 20th Century are represented by advertisements, snapshots, 8×10 glossies for celebrities, and other pieces. Studio portraits of famous and more obscure violinists, taken by both the great studio artists and lesser-known practitioners, are also represented in the collection which contains over 2000 works.

In addition to these vernacular works, the collection demonstrates how some of the great photographic artists have chosen the violin as a subject. Included in this exhibition are works by some of the most important fine-art photographers of the 19th and 20th centuries including Irving Penn, Robert Frank, August Sander, Henri Cartier-Bresson, André Kertesz, Julia Margeret-Cameron, Arnold Newman, Yousuf Karsh, George Hurrell, Dorothea Lange, and Weegee. Contemporary work from artists like Rosalind Solomon, Justine Kurland, and Jerry Spagnoli is also part of the show.

BARBECUE REPUBLIC: A Requiem for Flesh

News
December 2, 2021 21
Japanese art historian and curator Taro Amano once said: "Photography is ambiguous, because it is both real and surreal: on the one hand it represents...

News
November 11, 2020 11
The French artist Soumisha Dauthel's works are the fruits of encounters of her pictorial expression and research into the form of the painting. The artist...